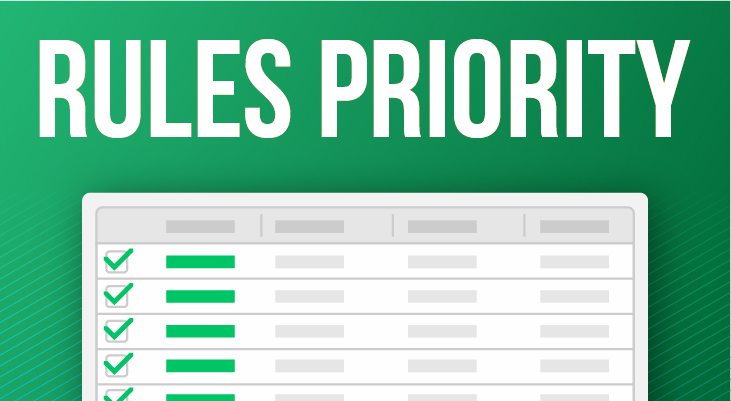 DataSunrise provides an intelligent way of managing Rules triggering sequence to efficiently capture targeted information within your database. Whilst maintaining this level of focus, DataSunrise eliminates redundant execution and/or generation of audit records by the same Rule module twice, so that should be kept in mind when ordering the priority of overlapping Rules (if any).

To that extent, DataSunrise will always opt for the first Rule in the priority order listing, which of course can be changed as per your requirements

DataSunrise’s engine operates in a way that would capture all parts of a complex query in sequence to enforce granular security monitoring; hence it would generate multiple Audit Trails that relate to multiple overlapping Rules of different severity levels, as this might be essential for enforcing notifications and/or alerts for certain activities in complex queries that require specific attention, not the others of higher priority or vice versa.

In the following example, we demonstrate how DataSunrise will process the priority of Audit Rules with overlapping subjects.

So to sum this all up, if DataSunrise’s engine recognizes multiple components in the query that can distinctly trigger multiple Rules it will do so, unless it was the same component in which case it would only trigger the Rule once as what happened in the first query’s audit trail for SELECT * FROM employees;.

For Security Rules the same concepts above apply and another consideration in regards to the number of rows affected/fetched shall be considered: