Since MySQL 5.7.12 there is a new X Plugin that exposes a new communication protocol called X Protocol. X Protocol provides more flexible connectivity between client and server. It improves security by using trusted standards like TLS and SASL. It’s a new MySQL protocol that supports SQL and CRUD.

New protocol for connection with the server has a new command utility for interactive work with the server, new NoSQL API with CRUD support, binding for Python, JavaScript, Node.js, Net, and Java, also with the ability of asynchronous query execution.

For now, implemented features of the X protocol are prototypes for testing. Developers have great expectations for them and claim that in the upcoming updates the protocol will have API extensions and bindings with other languages. X protocol will be used for replication and sharding, as streaming protocol and more strict structuredness of queries simplify those tasks. It can also reduce the number of round trips by utilizing pipelining and thus enhance performance characteristics.

MySQL Client/Server protocol is used in server operations to create, read, interpret, and send protocol packets between MySQL Clients and a MySQL Server. It is implemented by connectors, MySQL Proxy and communication between master and slave replication servers.

The protocol supports the following features:

Here is a short review on how the protocol functions:

Next, does your MySQL or other databases contain a sensitive data that has to be secured and protected? Or do you need to be in compliance with GDPR, SOX or HIPAA? Check DataSunrise database security and data masking software or download the trial . 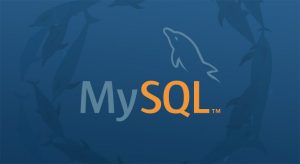