Database access control is a method of allowing access to company’s sensitive data only to those people (database users) who are allowed to access such data and to restrict access to unauthorized persons. It includes two main components: authentication and authorization.

Any company whose employees connect to the Internet, thus, every company today, needs some level of access control implemented.

With DAC models, the data owner allows access. DAC is a means of assigning access rights based on user-specified rules.

MAC was developed using a nondiscretionary model, in which people are granted access based on an information clearance. MAC is a policy in which access rights are assigned based on central authority regulations.

RBAC grants access based on a user’s role and implements key security principles such as “least privilege” and “separation of privilege.” Thus, someone attempting to access information can only access data necessary for their role.

In ABAC, each resource and user are assigned a series of attributes. In this dynamic method, a comparative assessment of the user’s attributes, including time of day, position and location, are used to make a decision on access to a resource.

Let’s take a look how access control works in DataSunrise.

DataSunrise features Data Security component which enables you to restrict access to a complete database or certain database objects depending on the following factors: 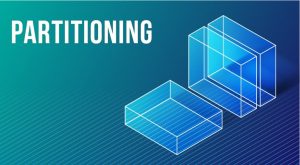