Exploits. How They Work and What You Should Do

Have you ever noticed how often developers patching and updating their software? Sometimes they release updates just in a couple of days after the initial software release. But why? And should we update our software every time or can we wait? With no doubt, we should.

Remember that every software has vulnerabilities, which cybercriminals can find and take advantage of, i.e. exploit them.

Exploits allow cybercriminals to gain access to your computer, steal some sensitive information, or install malware, so be aware of this method of attack.

What is an Exploit?

An exploit is a program or code that makes use of the vulnerability in an application or system. These vulnerabilities are hidden and cybercriminals always try to explore them before the vendors could find them. It’s interesting to note, that the exploit itself is not malicious. Exploit is just a starting point of threats and attacks. It’s a tool due to which a vulnerability can be leveraged for malicious activity by cybercriminals.

Cybercriminals can use exploits for different purposes, from malicious tricks to huge computer crimes involving big corporations and enterprises. Thanks to exploits they can block access to your computer, steal your sensitive information and get money out of you.

The fact is that not all vulnerabilities and exploits become known. Sometimes vulnerabilities are exploited for years and you do not know about it. But all this time cybercriminals could steal sensitive information from your system without any trace of it. Only when an exploit becomes known, a vulnerability will be fixed by a patch and users will be protected from this, if they update the software. But how can exploits occur? There are several ways:

Generally, exploits are created for damaging the main security basics such as confidentiality, integrity, and availability (CIA triad).

Let us explain how an exploit attack works. You are browsing the Internet and stop on the website with a malicious advertisement, which contains an exploit kit. Of course, you do not know it, because the advertisement looks fine. But this kit is scanning your computer for any weaknesses. If it finds one vulnerability in your system, the ad will use the exploit attack to access your computer through this security flaw. After that, it embeds the malware directly into your system. Now your computer and your information are not secure anymore.

These two are connected with each other, but not the same. A vulnerability is any weakness or flaw in a software system. But not all vulnerabilities can be exploited to deliver malware into a computer system. For example, if your other security system prevents outside interference, i.e., someone can do nothing with it. In other words, an exploit is what occurs when cybercriminals take an advantage of the vulnerability without your permission and even knowledge.

New exploits are discovered every day. Exploits are divided into known and unknown exploits, according to whether someone is patched the vulnerability.


What is an Exploit Kit?

Previously, a lot of exploit kits focused on browser plug-ins like Adobe Flash, because you need to update it separately from the browser. Nowadays exploit kits are in decline. But despite this fact, some exploit kits are still a highly valued tool for cybercriminals.

How Can You Protect Yourself?


How Can Exploits Affect Your Business?

Databases also can be exploited as average software. It’s crucial to keep it updated and patched, as far as databases contain a lot of sensitive information and private data about your customers, employees, and business.

Some examples of what cybercriminals can do:

SQL injections are the most common threat among cybercriminals to exploit vulnerabilities in databases. That is why you always need to update your databases, install patches, and delete inactive accounts. Otherwise, you will be solely responsible for a data breach.

With DataSunrise Database Firewall you will have a database access control, real-time threat alerts, blocking of DDoS and brute force attempts, counterattack SQL injections, etc. Moreover, our solution can be easily integrated with third-party solutions such as SIEM systems. 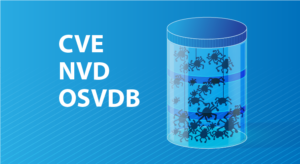 Popular Vulnerability Databases. The Way from Collecting to Working.